Emmitt never imagined that he would be saying farewell to his eldest son so soon. It was only eighteen years when he brought him home to his disappointed wife. The bastard child was not welcomed by his new mother, who saw Emmitt Snow Jr. as a symbol of his father's infidelity.

Emmitt Snow Jr. constantly asked his father to talk about his mother, but Emmitt relented. The story was too painful, and he felt as though Emmitt Snow Jr. was too young to handle the ramifications. Now, he was about to say goodbye to his son for a long time, as Emmitt Snow Jr. was traveling to Antarctica to begin scouting for NFL expansion.

"The next time I seened you, we gonna talk about your motherhood," Emmitt told the bastard.

"But dad, we have about a half hour until I have to leave for the airport," Emmitt Snow Jr. replied. "You can just tell me now. We don't have to wait. I'm mature enough to handle it."

"No, I am afraidness that I cannot do these," Emmitt replied. "Beside, I gotta head to a meeting with people in this offices and then the team meeting on how we gonna debeat the Bill."

Emmitt Snow Jr. began to protest, but his father hugged him quickly. He then handed his bastard some emergency packets of ketchup.

"You never know when you gonna need protect, so here are some condoms," Emmitt said.

Shedding a tear, Emmitt left the lobby, leaving his son to wait for the cab to take him to the airport. Emmitt took the elevator up to the conference room, where his team was waiting for him. His advisor and translator, Melissa Stark, was seated at the table, as were Troy Vincent, the executive vice president of football operations, and Alberto Riveron, senior vice president of officiating. Standing was Goodell Bot 2.0, a robot that the previous NFL commissioner, Roger Goodell, created to take his place in the event that Goodell would break. Goodell didn't count on there being a new league commissioner.

"May I present Emmitt, commissioner of the National Football League," Stark announced. "The Father of Geese. The Debacler of Debacles. The Smasher of Statue-13. The Eraser of the Evil Realm. The Conqueror of King Jong-un. The Nerfer of the Never-Clean. The Torturer of Turkey Necks. The Foiler of the Factor Back. The Owner and General Manager of the New England Patriots."

Everyone else in the room bowed to Emmitt. Vincent was first to address Emmitt once he was seated.

"Your commissionership, first of all, thank you for returning every franchise to its original city from the failed Los Angeles experiment," Vincent said. "However, we're concerned with the direction you're taking the league, your commissionership. Using resources to discover Antarctica's viability for hosting a 33rd franchise seems ambitious. Barely anyone lives in Antarctica, and it's far too cold to attract visitors. The players I spoke to would never sign with that franchise. If we're looking for expansion, may I recommend San Antonio, Oklahoma City or Salt Lake City?"

"First of all, Vincent Troy, thank you for sharing your pinions," Emmitt said. "I must disagreement with you on some thing. First of all, Vincent Troy, you say Antarctica a consonant. This not truthfulness. Antarctica the 60th state in the United America State; he attach to the city of Canada. Fourth of all, it a missed steak to mention Salt Lake City as a possible place for football team because it unpossible to build a stadium in the ocean, which sound like the only thing in Salt Lake City."

"That's not- I-," Vincent started, appearing frustrated. "Alberto, care to back me up here?"

"Sorry, I'm too busy watching the home shopping network to make a ruling on this," Riveron said, mindlessly while staring at his phone.

"What are you suggesting even though you not really alife?" Emmitt asked.

"Beep, for Mister Vincent arguing against you, I believe you should give him swift punishment, beep," Goodell Bot 2.0 recommended.

"No, it's supposed to be different with Roger gone!" Vincent cried.

"Now, on to important business," Emmitt said. "That bald guy who comed in here yesterday said White Russian coming to destroy all football team. Do anyone belief this? What do you think Alron Rivers?"

"Sorry, I'm now watching Days of Our Lives and I cannot offer a ruling on this," Riveron said.

"White Russians are as real as grumkins and snarks," Vincent snorted. "No one has seen them in ages. But Trent has never acted irrational like this. That said, I would exercise caution. Perhaps the employees you have in Antarctica can scout the area and report on any possible Russian activity."

"Vincent Troy Aikman, you once again gived me a confuse suggest," Emmitt said. "What do exercise have to do with these? I sometime exercise my legs and my arm, but how do you exercise your caution? This do not make any sense."

"I do not have any time for these," Emmitt said. "I certainly do not has time to exercise my caution because I has a meeting with my team next on how to beat the Buffalo Bill. Now, if you accuse me, I will make like a leaf and tree."

Emmitt quickly departed, leaving everyone frustrated for different reasons. Riveron, in particular, was fuming because he lost the Wi-Fi connection on his phone.

QUESTIONING THE VALIDITY OF EMMITT'S COMMISSIONERSHIP

Emmitt had a much more productive meeting with his team regarding the strategy against the Buffalo Bills. The Patriots, who began the year 0-6-1, have won six consecutive games. Now 6-6-1, the Patriots have some hope of reaching the playoffs if they finish the year with three more victories.

Emmitt was getting ready for bed when he received a call from his friend Michael Irvin.

"Hello, Michael Irvington," Emmitt said. "I assume you gonna give me some advice and say that point win championship?"

"WHILE THAT IS TRUE THAT POINTS WIN CHAMPIONSHIPS, EMMITT, THAT IS NOT THE MAIN POINT OF THIIS TELEPHONE CALL THAT I AM MAKING TO YOU RIGHT NOW," Irvin screamed into the phone. "TURN YOUR TELEVISION SET ON RIGHT NOW, EMMITT, DO IT RIGHT NOW, EMMITT, AND TURN THE CHANNEL TO THE NEWS NETWORK, EMMITT, BECAUSE YOU'RE GOING TO SEE SOMETHING MORE IMPORTANT THAN POINTS WINNING CHAMPIONSHIPS, WHICH IS VERY TRUE, SO DON'T DENY THOSE WORDS, EMMITT, GOOD NIGHT AND GOD BLESS."

Emmitt did as commanded and was utterly shocked to see the words on the bottom of the screen.

"EMMITT AN ILLEGITIMATE COMMISSIONER DUE TO COLLUSION?"

The host of this broadcast, Rochelle Meadows, had a tear trickling down her cheek as she spoke. 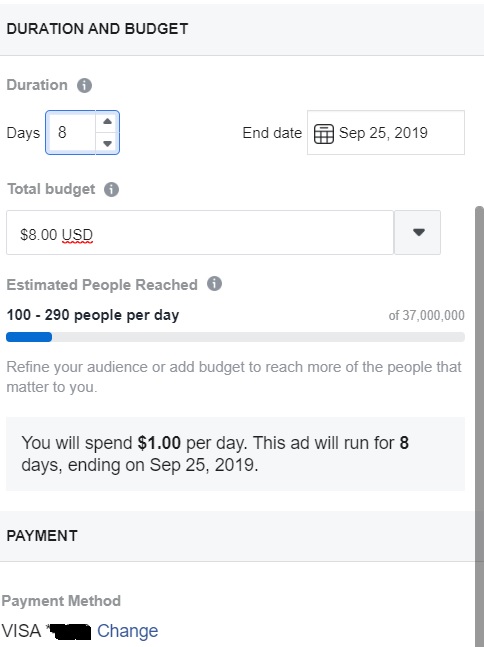 "Ladies and gentlemen, it appears as though our democracy has been subverted," Meadows continued, as more tears streamed out of her eyes. "If someone of Russian descent can spend $8 on Facebook ads to influence the change of power atop our national pastime, we are all living in anarchy.

"Emmitt must be stopped," Meadows continued to whine nonsensically. "I am calling for his removal from league office and for a reelection process to determine a new National League Football commissioner. Some may say that Emmitt was legitimately voted in as commissioner once he defeated Roger Goodell, who was the leader of victimized statue group Statue-13. That couldn't be further from the truth. The $8 spent on Facebook ads clearly had an impact on how the new commissioner was chosen.

"Emmitt is extremely hateful," Meadows said, now sobbing. "These poor Statue-13 members were the subject of hate crimes, and ever since Emmitt came into his new position, there have been more derogatory terms used on fallen members of Statue-13. If there are any survivors of Statue-13, please know that I sympathize with you and your plight. We hear at the news network are on your side, and we will stop at nothing to remove Emmitt from his new position.

"Emmitt is a disgusting human being for how he treated Statue-13," Dominick Lime said. "However, we here at the news network are not anti-Emmitt. We think he's a pig who should not be commissioner of the NFL, but I would like to point out that we are completely unbiased in our reporting."

Emmitt couldn't believe what he was hearing. Less than a month ago, Statue-13 was threatening to destroy all humanity. Now, they were apparently seen as victims, according to the news network.

Emmitt should have gone to sleep that night without any worries. No one watches the news network anymore, after all. However, Emmitt stirred in bed, as he suddenly had greater concerns than improving his team to a winning record after such a dismal start.