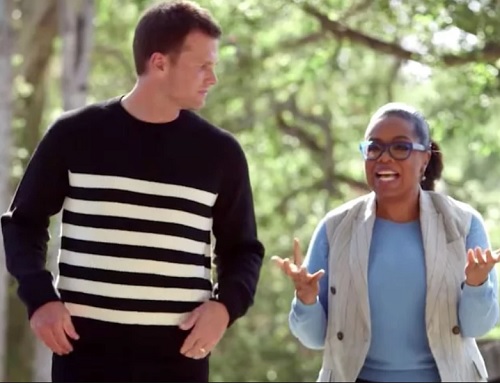 OAKLAND OFFENSE: Amari Cooper is gone, and by the way ESPN and NFL Network analysts have been talking, you'd think that he was the greatest receiver of all time. The constantly injured Cooper dropped too many passes, so the Raiders fleeced the Cowboys by obtaining a first-round pick for him. Oakland will be worse off in the short term, however, as it no longer has a viable receiver to threaten the opposition downfield. Jordy Nelson is too old and decrepit, while Martavis Bryant constantly does stupid things. The Colts' cornerbacks can be beaten, but not by Nelson and Bryant.

The offensive line is more important than Cooper, as the health of it could determine the winner of this game. Left tackle Kolton Miller played well to start the year, but has struggled recently because of a knee injury. He was horrible against the Seahawks, but perhaps the bye week allowed him time to heal. Meanwhile, guard Kelechi Osemele will return after missing the Seattle game.

An improved blocking unit will give Derek Carr more time to find Jared Cook, who has a tremendous matchup against an Indianapolis defense that has struggled against talented tight ends this year. It'll also help open up some lanes for Doug Martin, starting for Marshawn Lynch, who has been placed on injured reserve.

INDIANAPOLIS OFFENSE: Andrew Luck certainly knows the value of a No. 1 receiver. The Colts dropped 19 combined passes in the three games prior to Week 7 because T.Y. Hilton had been injured. That problem was solved this past Sunday, as the sure-handed Hilton caught every single target thrown to him. Luck, whose receivers averaged 6.3 drops per contest in three weeks, had just six incompletions, period!

Hilton didn't have a big stat line versus Buffalo because he had to deal with elite cornerback Tre'Davious White, but the Raiders don't have anyone like that in their secondary. Their cornerbacks are pedestrian, and their safeties stink. They also don't have the pass rush to rattle Luck, who should be able to connect on some deep shots to Hilton.

Meanwhile, Eric Ebron figured to have a big game as well. The Raiders' poor linebackers can't cover at all, so Ebron will dominate. Nyheim Hines should perform on a high level as a receiver out of the backfield as well. Marlon Mack, on the other hand, doesn't have as good of a matchup, as the one thing the Raiders can do relatively well is stop the run. Then again, if Oakland is so focused on the deep ball, there could be some opportunities that open for the second-year back.

RECAP: I planned on betting the Raiders prior to the Cooper trade. Oakland was -1.5 on the advance spread, yet the Colts were suddenly favored because they clobbered a Derek Anderson-quarterbacked team. An overreaction like that was definitely not warranted. With the Raiders getting healthier up front, they were certain to play better following a week off.

Now? I'm not so sure. I don't know what to make of the Cooper deal as far as the team makeup is concerned. Will the Raiders be distracted? It's possible, as there have been new reports about the team not being fully behind Carr. It's possible he could be traded as well. If so, perhaps the Jaguars should make Oakland an offer.

I think these sorts of media stories are typically overblown - remember ESPN thought the Steelers would fall apart because Ben Roethlisberger and Antonio Brown said things about each other? - but this time, it feels a bit different. I'm still going to be on Oakland because of the spread value and improved offensive line, but I don't want to bet this game.

THURSDAY THOUGHTS: Marlon Mack may not play, but that doesn't really affect my pick. I'd be wagering on the Raiders if I were confident in their mental makeup in the wake of the Amari Cooper trade and the Derek Carr speculation that his teammates may not respect him.

SATURDAY NOTES: I was hoping to see a healthier Oakland offensive line. Unfortunately, Kelechi Osemele had just one limited practice all week, while Kolton Miller didn't practice fully at all. The Raiders are dysfunctional offensively if they can't block, and I worry about their team's psyche as well.

SUNDAY MORNING NOTES: The juice on this game is -120 for Colts -3. I could see this line moving to -3.5 if the sharps don't start betting on the Raiders.

FINAL THOUGHTS: As predicted, this line has risen to -3.5 because there's no sharp action coming in to counter the public action on the Colts. Oakland will be without Kelechi Osemele, which is bad news for the home dog. I'm still zero on the Raiders. Vegas is taking a massive beating today, and they'll need the Raiders to cover.


The Psychology. Edge: TBA.
I don't know how the Raiders will react to the Amari Cooper trade.

Will anyone bet on Oakland after they traded Amari Cooper?