Last year, on the Adventures of Tom Brady's Haircuts, Tom Brady was elected as the President of the United States, as it was revealed that he was the only candidate running because both Donald Trump and Hillary Clinton were figments of his imagination. In doing so, Tom Brady saved his organization, the Two-Handed Gang, from the Latin Kings. Everything was going swimmingly for Brady while in the White House, until he received a telegram from Bill Belichick, requiring his presence in Foxboro... 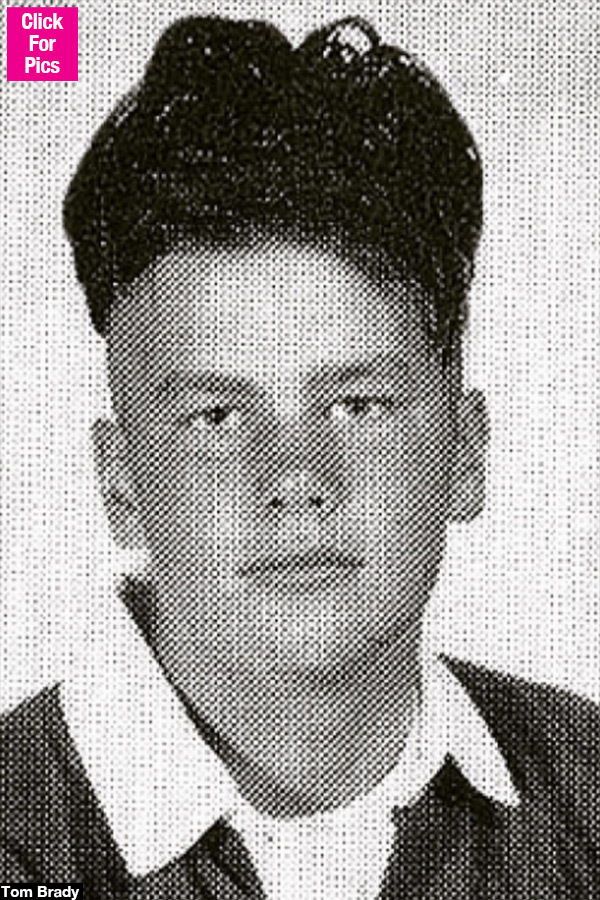 LOS ANGELES OFFENSE: Jacksonville's defense had a stellar performance last week, intercepting Ben Roethlisberger five times. Some of those picks were on Roethlisberger, but the team had a terrific showing versus the Steelers on the road.

Jared Goff is obviously not on the same level as Roethlisberger, though he's been coached up incredibly well by Sean McVay and Greg Olson. Roethlisberger seemed overly sloppy with the ball, as perhaps he was overlooking the Jaguars, following a victory against the Ravens and having an impending matchup versus the Chiefs on the horizon. Goff should be more focused, though there are some distractions that I'll discuss later. Nevertheless, his offensive line should be able to do a good job of keeping Jacksonville's pass-rushers out of the backfield on many snaps. The Jaguars are very talented up front, however, so I imagine they'll be able to disrupt some drives with pressure.

Meanwhile, the positive matchup the Rams appear to have on paper is misleading. The Jaguars were 32nd in run defense DVOA entering last week's game, and many were left wondering why the Steelers didn't dominate on the ground. Well, aside from the injury to stellar right tackle Marcus Gilbert, the reason was that Jacksonville's rush defense stats were inflated by two fluky long runs by the Jets. Outside of that, the Jaguars have done a solid job versus the run this year, so I don't expect Todd Gurley to have another dominant performance.

JACKSONVILLE OFFENSE: Speaking of dominant running backs, Leonard Fournette exploded for 181 yards on 28 carries against the Steelers. However, those stats were inflated as well, thanks to a 90-yard burst at the very end. Fournette was limited to just 39 yards on 14 attempts in the opening half, thanks in part to the absence of center Brandon Linder. It seems likely that Linder will return for this contest. That's the good news for the Jaguars. The bad news is that they'll be battling a tough Rams defensive line featuring Aaron Donald and Michael Brockers.

The Jaguars made sure to pound the rock as much as possible versus the Steelers, remarkably calling just one pass in the second half. They'll do that again if they're way ahead in this contest, but I don't think that'll be the case unless Goff has five picks as well. The reason is obvious, and that would be Blake Bortles.

Jacksonville is 3-2 right now, but it's been winning in spite of Bortles, who continues to be terrible. It's mostly his fault that he sucks, but his offensive line isn't doing him any favors. I fully expect the Rams to put tons of heat on him whenever he has to drop back to pass. He could be the one to toss five picks this week, especially if stud safety Lamarcus Joyner returns from injury.

RECAP: I mentioned earlier that I'd discuss a possible distraction for the Rams. That would be their impending trip to London. For some reason, a West Coast team is making the trip across the Atlantic Ocean, and the Rams have to prepare for that. This is no small task, as teams going into London are 12-22-2 against the spread, all time.

Despite this, I'm still picking the Rams. The Jaguars are favored, so that's an automatic fade for me. Jacksonville also has no home-field advantage, so this spread is a bit too high. I expect the Jaguars to be possibly flat as well following the upset victory over the Steelers, so I think the Rams will pull the minor upset. Then again, can you really call it an upset? Bortles should never be favored, after all.

THURSDAY THOUGHTS: This spread seems like it's inching closer to +3, but it's not there yet. The best number is +3 -120 at BetUS. I'd consider betting the Rams at +3 -110, though I'd like for Mark Barron and Lamarcus Joyner to play and for Brandon Linder to be out again.

SATURDAY NOTES: The +3 -120s that I mentioned Thursday didn't last very long, as the sharps snapped those up quickly. This line back to +2.5, which doesn't seem very appealing, even with Brandon Linder officially out. No word on the Ram defenders yet.

SUNDAY MORNING NOTES: There's been a ton of sharp money on the Rams. This line has dropped to +1. The pros are clearly not concerned about all the Rams' traveling, but I am. That's the only reason I'm not betting on them.

FINAL THOUGHTS: The line hasn't moved from +1. Again, I still like the Rams, but I would've liked to have seen Lamarcus Joyner suit up. He's out. Mark Barron is at least in the lineup, so I still owuld take the Rams.


The Psychology. Edge: None.
The Jaguars are coming off a big victory against the Steelers, so it's fair to wonder how focused they'll be at home for the Rams. Meanwhile, the Rams have a London game coming up.


The Vegas. Edge: Jaguars.
Slight lean on the Rams.