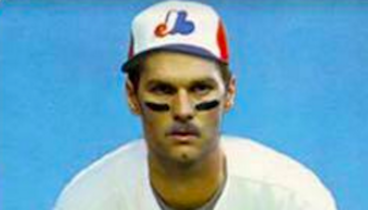 SEATTLE OFFENSE: I can't believe the amount of public money that's pouring in on the 49ers. Everyone saw the Seahawks lose to the Rams, realizing what I've been writing for months now - Seattle can't block! This has been a major issue the first two weeks, especially with Russell Wilson spraining his ankle. Wilson was not completely mobile against the Rams, looking slow on his few scrambles. Wilson is a very good passer, but his mobility is his best attribute. If he can't use his feet to move the chains, the Seahawks will struggle against legitimate competition.

The problem here is that the 49ers are not legitimate competition. They suck. They have absolutely no pass rush. Cam Newton had all day to do what he wanted last week, and I expect something similar to occur in this matchup. Plus, Wilson will be somewhat healthier. It's doubtful he'll be 100 percent, but Wilson should have more mobility than he possessed last week.

Wilson may not have to do all that much, anyway. Fozzy Whittaker rushed for 100 yards against this putrid 49er defense. Fozzy freaking Whittaker! Christine Michael has been very effective thus far, and I expect him to continue to play well.

SAN FRANCISCO OFFENSE: The 49ers posted 27 points against the Panthers, but that was fraudulent. Despite the Panthers making some early blunders, it was 31-10 before long, and three of San Francisco's 10 points came off a turnover. The 49ers are not equipped to move the chains versus a good defense, and the Seahawks happen to own one of the league's elite stop units.

Many expect the Seahawks' offensive line to block poorly in this game, but San Francisco's unit could have more issues. I like Joe Staley and Andrew Tiller, but the other three starting blockers aren't very good, so Blaine Gabbert will be pressured heavily if he decides to hold on to the ball too long. Gabbert, of course, will settle for short, ineffective checkdowns to terrible receivers, who won't be able to get open against the Legion of Boom.

Don't count on Carlos Hyde to do much either. The Panthers bottled him up, and the Seahawks will treat him similarly. Seattle just put the clamps on Todd Gurley, so it shouldn't have any sort of issue containing Hyde.

RECAP: The Seahawks have had trouble against the Dolphins and Rams, but those are two middling teams with outstanding defenses. The 49ers, on the other hand, are one of the league's worst teams, and they own a poor defense.

I'm picking the Seahawks. They're just a much better team, and I have no objections with fading the public. This won't be any sort of wager, unfortunately, since laying double digits with a struggling team isn't the greatest proposition. But Seattle seems like it's the right side in this instance.

THURSDAY THOUGHTS: Nothing new to really add here. The public continues to bet the 49ers, beleiving that San Francisco is as good as the Rams or Dolphins. They're not. This should be double-digt Seattle victory.

SATURDAY NOTES: The public continues to bet the 49ers, which is probably a mistake. The Seahawks seem like the right side, though their offense is too stagnant for me to wager on them.

FINAL THOUGHTS: Despite the public money on the 49ers, this line hasn't moved at all. I imagine the books don't want sharp action to pour in on Seahawks -9 or -9.5. I still like Seattle, but this line is too high for me to make a wager.


The Vegas. Edge: Seahawks.
The 49ers are a public underdog. Wow.