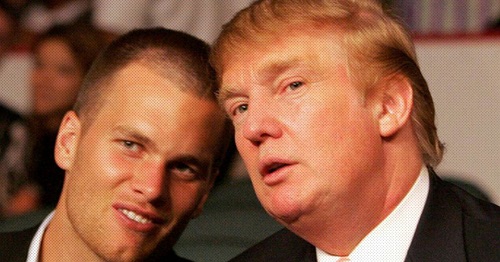 DENVER OFFENSE: A week ago, I never imagined myself believing that there was a chance Trevor Siemian would be able to expose Tampa's horrible safeties, but here we are. I liked Siemian a bit, seeing him as a poor man's Alex Smith, but the deep connections he had to Demaryius Thomas and Emmanuel Sanders against the Bengals was pretty eye-opening. Cincinnati doesn't have the greatest safety situation either, but the players they have at the position are Hall of Famers compared to what the Buccaneers have stationed in their defensive backfield.

Of course, it's difficult to trust Siemian completely at this moment. He was a seventh-round pick, after all, and the Bengals may not have been completely focused because they were coming off a tough battle against the Steelers and had another game in four days. The Buccaneers will at least be aware of Siemian's deep ball now. I don't know how much it'll help, but they'll be prepared nonetheless.

The Buccaneers will at least be able to focus on stopping the pass, as they've been terrific in terms of stopping the run through three weeks, limiting the opposition to 3.5 yards per carry. Gerald McCoy has been a monster this season, while the linebackers behind him have also been fantastic. C.J. Anderson may struggle again for the second week in a row as a result.

TAMPA BAY OFFENSE: Everyone knows how great Denver's defense is, but if there's one thing the Broncos struggle with on this side of the ball, it's big receivers. Their cornerbacks are excellent, but don't match up very well against giant targets. Kelvin Benjamin was able to catch six balls for 91 yards and a touchdown in the opener because of this, and I envision Mike Evans having similar success.

The Broncos, of course, will attempt to hound Jameis Winston to keep this from being a consistent problem. However, DeMarcus Ware is out, while Von Miller will be going up against one of the better right tackles in this league in Demar Dotson. Miller is obviously a better player and will apply pressure on Winston, but Dotson should do enough to keep Miller from being an overly consistent threat.

Doug Martin will be out once again, but Charles Sims has filled in nicely. Sims could have some nice runs in this contest, as Denver's rush defense hasn't been very dominant. I wouldn't expect a huge game or anything, but I don't think Winston will constantly be stuck in third-and-long situations.

RECAP: This spread was Broncos -1.5 prior to the Week 3 games, which I thought was appropriate. However, thanks to Siemian lighting up the Bengals, who may not have been focused, this line has shot up to -3.

I'm not crazy about betting the Buccaneers at home because they have traditionally struggled to cover as hosts, but they provide some nice value here. Tampa is underrated in general, as the team should be 2-1 right now after outplaying the Rams this past week. I don't want to go nuts with this, so two units seems about right.

THURSDAY THOUGHTS: I'm not going to pull the trigger just yet, but I'm considering canceling this bet. I was thinking about it, and I think this spread might just be where it should be. If the Buccaneers had a homefield advantage, it wouldn't be, as Denver would be -9 at home versus Tampa. However, the Buccaneers are awful at home, and I think there might be more Bronco fans in the stands than Tampa supporters. We've seen what happens to teams when they have a homefield disadvantage, and that might be the case here. I'll decide Saturday.

SATURDAY NOTES: I said I was considering canceling this bet. I'm not going to, especially now that +3.5 is available at Bovada. I think people are getting carried away with the Broncos. They were only up three against the Colts with four minutes to go, and they were lucky that Siemian had some interceptions dropped against a Cincinnati team that wasn't very focused. There is slight sharp action on the Buccaneers, while the public is pounding Denver into oblivion.

FINAL THOUGHTS: This line is now +4 -115 at Bovada, which I will take (though I'll hold out hope for +4 -110). I've discussed why I like the Buccaneers. If they had a better homefield advantage, I'd feel much better about this.

The public believes this is easy money.