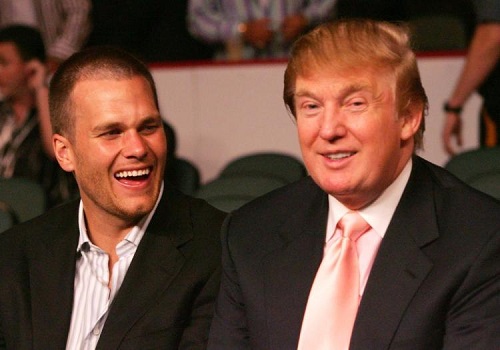 TAMPA BAY OFFENSE: I saw some fantasy football publications recommending Jameis Winston owners to unload their quarterback for value in the wake of his four-touchdown performance at Atlanta. I couldn't disagree with that more. In fact, I think there's a decent chance Winston will duplicate that touchdown count in this contest, or at least come very close.

Winston is evolving into one of the best quarterbacks in the NFL. He has the talent and intelligence, and his work ethic from this summer is definitely paying off. Mike Evans is trying just as hard, attempting to make amends for his drop-plagued 2015 campaign, and it's showing as well. However, it's not all about Winston, as the Cardinals are not as good defensively as everyone makes them out to be. They have an absolutely huge liability at cornerback across from Patrick Peterson in Brandon Williams. I also wasn't impressed with Tyrann Mathieu last week, as he looked very ordinary coming off his injury.

Winston should have enough time in the pocket, as I like his tackles to protect him against Chandler Jones and Markus Golden, and this will allow him to exploit Arizona's liabilities. Doug Martin could have a decent game as well. I wouldn't expect him to go wild or anything, but LeGarrette Blount picked up 70 rushing yards, and Martin is infinitely more talented.

ARIZONA OFFENSE: The Cardinals' secondary issues aren't their only concerns, as Carson Palmer doesn't appear to be himself. Palmer was woeful in the preseason, and while he was a bit better in the opener, he still nearly threw four interceptions. Larry Fitzgerald bailed him out with some amazing catches. While I expect that to happen again, I think that Arizona once again won't be consistent on this side of the ball.

Another problem here is Evan Mathis' health. Mathis left Sunday night's game early when he was carted off, and he's undergoing an MRI on his foot. If he misses action or isn't 100 percent in his return, that'll be a huge problem, given that Gerald McCoy happens to be on the other side of the line of scrimmage. McCoy dominated the trenches last week, and I'd expect something similar from him if Mathis is absent or less than completely healthy.

The Cardinals will still score some points via Fitzgerald and David Johnson, who is too good not to have a great game in this matchup. The Buccaneers restricted the Atlanta rushers last week to just 2.2 yards per carry, but Johnson is a completely different animal.

RECAP: This is my top pick this week. I love the Buccaneers, though I wish we were getting +8.5 like we were on the advanced line. I might have had to make this a bonus NFL Pick of the Month under those circumstances!

The Buccaneers, as I've mentioned, are criminally underrated. They outgained 13 of their 16 opponents last year in terms of yards per play, but lost some contests because of horrible luck. That was to be expected given how young they are, but Winston and Evans are now more experienced, and I expect them to reach the playoffs and even win the NFC South.

My personal spread for this game is -3, and that might even be too high. While the Buccaneers are underrated, the Cardinals are overrated. Palmer is not the same passer, and the defense has taken a step backward. I have these teams right next to each other in my NFL Power Rankings, and so I'm loving the value we're getting at +6.5.

THURSDAY THOUGHTS: I still love the Buccaneers, and there's some sharp action on them. The good news is that some +7s have appeared, and I will gladly lock in my wager.

SATURDAY NOTES: Tampa is still my top play, but I'm upset that the sharps haven't taken them (they're not on Arizona either.) Perhaps that wull change Sunday mornig.

FINAL THOUGHTS: This is one pick I locked in too early because the Buccaneers are +7 -105 at Bovada. I'm disappointed the sharps haven't taken Tampa, but they haven't been betting on Arizona either.