Week 5 Recap: The good news is that I went 9-4 overall and 8-4-1 with totals, though that latter figure is probably a fluke. The bad news is that I went 2-3 with the five three-unit picks I posted last week. I have a complaint and an apology about this. Let's go with the apology first, since that's least interesting.

Buccaneers +3 at 49ers: I was THIS close to getting this one right. OK, maybe not. I thought the 49ers would be in a bad spot as a home favorite coming off a close road win. What I didn't realize that Tampa Bay was in an even worse situation. I should have looked it up beforehand, but East Coast teams playing on the West Coast after hosting a Monday night game tend to perform really poorly. My bad for being stupid and/or lazy.

I also lost with the Titans +3 at Pittsburgh. I locked that one in too early. I got nervous about the pick once I heard all the talking heads were picking Tennessee straight up. I wish I could have that one back.

Broncos +4 vs. Chargers: I posted this in my Week 5 NFL Game Recaps page:

I'm so sick of these bogus non-covers. The Broncos finally replaced Tim Tebow to the delight of the Mile High fans, and he was able to lead two touchdown drives. Brandon Lloyd dropped a two-point conversion attempt, making the game 26-24 with a couple of minutes remaining. San Diego had the ball on Denver's 40-yard line as the clock was ticking down. However, a phantom personal-foul penalty on Denver moved the Chargers into field goal range. With 20 seconds remaining, Nick Novak, who might just be the best kicker of all time the way he's drilling field goals against me, converted a chip-shot attempt.

The personal-foul penalty was the major issue. It was completely bogus. The official didn't even mention who committed the infraction. There was no number announced, and the replay showed nothing. Even the CBS announcers were befuddled. The refs, who actually did this twice in this contest, made sure San Diego covered at all cost. There's no doubt in my mind about this.

It may sound like I have sand in my vag, but seriously, no ref should ever be able to go, "Personal foul on the defense. That's a 15-yard penalty. First down." Personal foul on whom!? Give us a f***ing number! Don't leave the announcers saying, "I'm not sure what that's all about." And it's not like the refs did it just that one time. They did it twice in this game! Unbelievable. 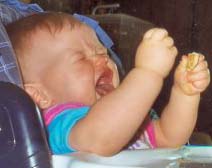 Look, I know it sounds like I'm whining, but my main goal is to help people win money via betting. That's why all the content on this site has been and always will be free. I've been successful in my goal in the past, but this year has been different. I've had ridiculously bad luck with some of my picks, which is why I'm really frustrated. I'm confident I'll be able to turn it around, however.

GREEN BAY OFFENSE: As I wrote in my Week 5 Game Recaps page, "The only way the Packers don't beat all of their opponents soundly (save for New England and New Orleans) is if they make mistakes." They made two bad ones at Atlanta (Ryan Grant's fumble, Jermichael Finley's dropped touchdown), yet they were still able to win by 11.

To put it bluntly, the Rams can't stop the Packers. The only way Green Bay doesn't light up the scoreboard is if it shoots itself in the foot with careless errors. Joe Flacco lit up St. Louis' secondary for 389 yards in Week 3. Aaron Rodgers is way too good and has way too many weapons, so he could easily eclipse that figure if he wanted to.

ST. LOUIS OFFENSE: Can the Rams score enough points to keep up with the Packers? Yeeaaa... no.

The Rams have had a week off to prepare for the Packers, but I don't care if they had 10 years; their offensive line stinks, and Sam Bradford's receivers are even worse. St. Louis is allowing a league-high 4.8 sacks per game. Green Bay has Clay Matthews and Dom Capers to take advantage of that.

Perhaps St. Louis can run the ball with Steven Jackson and control the clock? Yeeaaa... no. Thanks to B.J. Raji and a stout front seven, the Packers rank ninth against the run, limiting the opposition to 3.7 YPC.

RECAP: Want a pretty sick trend? Winless teams (0-4 or worse) are a whopping 22-3 against the spread coming off a bye.

So, am I betting on the Rams? Yeeaaa... no. As I wrote in my NFL Power Rankings page, "Aaron Rodgers is 27-13 against the spread since 2009. If you bet against him, you might as well light your money on fire."

I'm not going to lay any units on the host because of that trend, but I'm siding with Green Bay. This line is just WAY too low (I thought it'd be -19.5 or -20). Think about it this way - the Packers finished -6 at Atlanta. Move it over six points, and they would have been -12 over the Falcons at home. This spread is 15. Are the Falcons just three points better than the post-bye Rams? Definitely not. It makes no sense.

A very shady low spread has invited tons of action on the Packers.