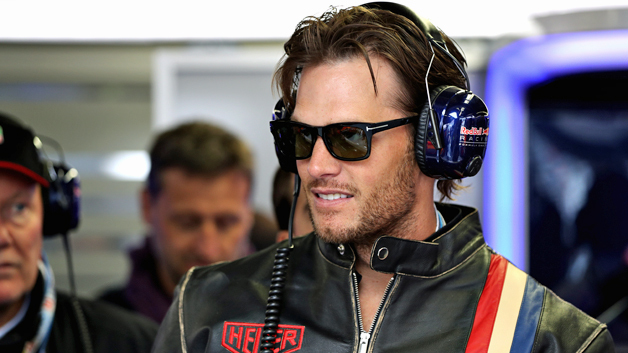 ATLANTA OFFENSE: The Falcons have an explosive offense, as we all learned when the Panthers surrendered more than 500 passing yards to Matt Ryan and an even 300 to Julio Jones. It seems like Atlanta can score at will against anyone. But how true is that? I suppose we'll find out this week for sure.

This is the toughest test for the Falcons' scoring attack thus far, and it isn't even close. They've battled soft defenses thus far - Buccaneers, Raiders, Saints in the first three weeks - and that includes the Panthers, who are far worse without Josh Norman. The Broncos, conversely, have one of the two best stop units in the NFL (Vikings). Their pass rush absolutely smothered Jameis Winston this past week, and while Atlanta's blockers should do a better job against Von Miller and Shane Ray, Ryan will still have to release the ball quicker than he'd like to. He won't be able to wait on downfield shots to Jones again, though I do believe that Denver's secondary could have issues with Jones because of his size. Kelvin Benjamin presented similar problems in the season opener.

One weak spot in Denver's stop unit is its run defense up the middle. Jared Crick and Sylvester Williams are big liabilities, so Devonta Freeman could enjoy another solid performance as both a runner and a receiver out of the backfield.

DENVER OFFENSE: Trevor Siemian was knocked out of the game last week, which was unfortunate for him because he saw Paxton Lynch deliver strong throws to his receivers. Siemian has played well thus far, but he knows that Lynch will take over as the starter eventually. That time won't be now, however, as it sounds like the Broncos plan on starting Siemian in this contest.

The Falcons, unlike the Buccaneers and Bengals, have a sound secondary that could help keep Demaryius Thomas and Emmanuel Sanders in check. Desmond Trufant is a stud corner, while Robert Alford isn't so bad either. Rookie Keanu Neal has been a big boost since his return to the lineup. The problem, however, is that the Falcons don't place much pressure on the quartrback, so Siemian could have plenty of time in the pocket to dissect Atlanta's defense.

Atlanta isn't very good against the run either, as the team is extremely weak in the interior of its defensive line. This obviously means that C.J. Anderson will have a tremendous afternoon, making life even easier for Siemian.

RECAP: If you give me more than a field goal with one of the better quarterbacks in the NFL, and the matchup isn't completely lopsided, I'll take that almost every time. That includes this instance, where it seems like the Broncos are favored by a bit too much. Remember, the last time Denver was at home, it had just a three-point lead against the hapless Colts with four minutes remaining in regulation before an improbable front-door cover. The Falcons are better and should be able to stay within the number. Having access to the back door could help.

Something else to consider is that the Broncos have to play Thursday night. They also happen to be coming off back-to-back victories on the East Coast, so there could be a bit of a letdown. All the more reason to wager two units on the Falcons.

I'm actually going to lock in two units now. This spread is still +6 in some places - Bovada, BetUS - but it has fallen to +5.5 at some of the sharper books, including Pinnacle and 5Dimes.

THURSDAY THOUGHTS: Locking picks in has backfired in the past, but it worked this time, as this spread has dropped to +5.5 across the board (though still available at +6 -115 at Bovada). It's not a surprise that the sharps are betting the visitor.

SATURDAY NOTES: I'm glad I locked this pick in, as this spread is now +4 all across the board. The sharps have pounded the Falcons into oblivion, which isn't a surprise. I've heard the argument that the Falcons haven't played a defense like this year, but no one is saying that the Broncos haven't battled an offense like this yet. With Denver set to play in a few days, I don't expect the team to be completely focused.

FINAL THOUGHTS: The sharps love the Falcons, as this number dropped all the way from +6 to +3.5. There was some take-back for Denver -3.5, but Atlanta is the professional side.

The Broncos are coming off two consecutive road wins and have to play on Thursday following this non-conference game.