I used to save my trolling escapades for this space, but I've been banned from posting on ESPN boards as Mario Migelini by the facist douches who are in charge of policing Facebook posts. Fortunately, others are still trolling. Or at least I think so. Facebook friend Luke T. found a couple of posts that look like they were made by trolls. Here's the first: 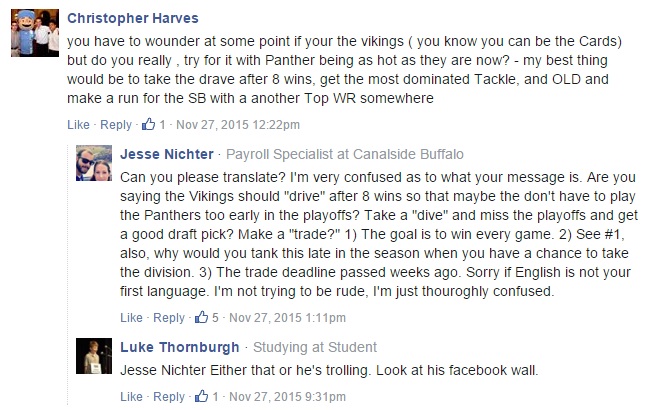 Oh, and what is an OLD? Outside Linedacker? Or just a player who's old? I'm befuddled here. 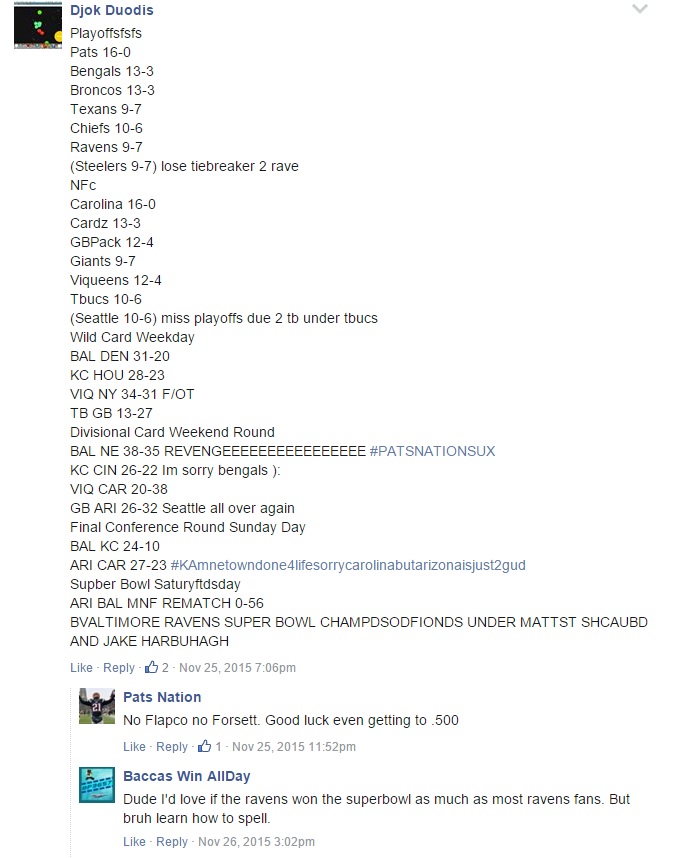 I love how he billed the Cardinals-Ravens as a "Monday Night Football Rematch." He might be one of the few people who remembers that game. Ah, well. Djok Duodis may not be the brightest football fan, but I at least admire his devotion to "Jake Harbuhagh."