The Real John Moss: 2011 | 2012 | 2013 | 2015
This is a compilation of e-mails and hangout conversations from the Real John Moss that I've posted on my NFL Picks page. Follow me on Twitter @walterfootball for updates.


The most illiterate sports bettor in the world is a man named the Real John Moss. He loves to e-mail me and talk to me on G-chat. I've posted all of the messages he's sent me over the years, including those in 2012 and those in 2013.

I didn't hear from the Real John Moss in 2014, so I just assumed that he was either dead, locked up, or passed out in a ditch somewhere. Fortunately, he contacted me over the summer!

Here's part of a conversation we had around Valentine's Day: 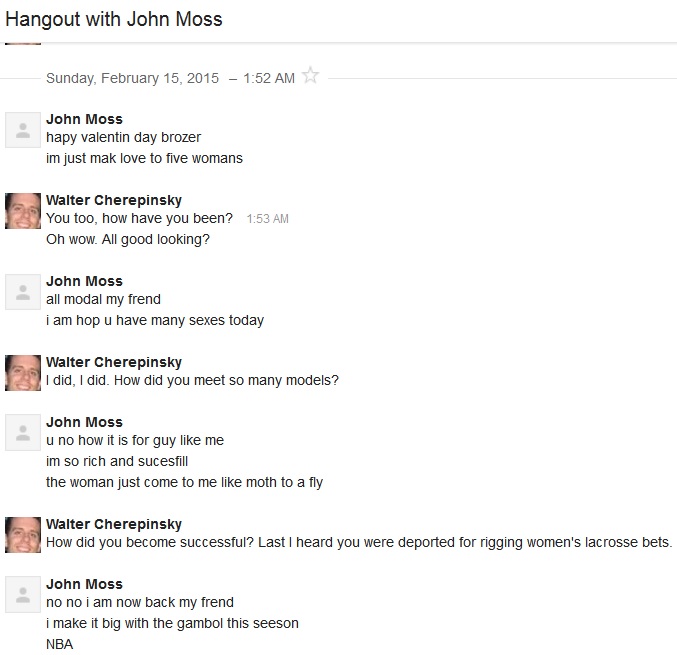 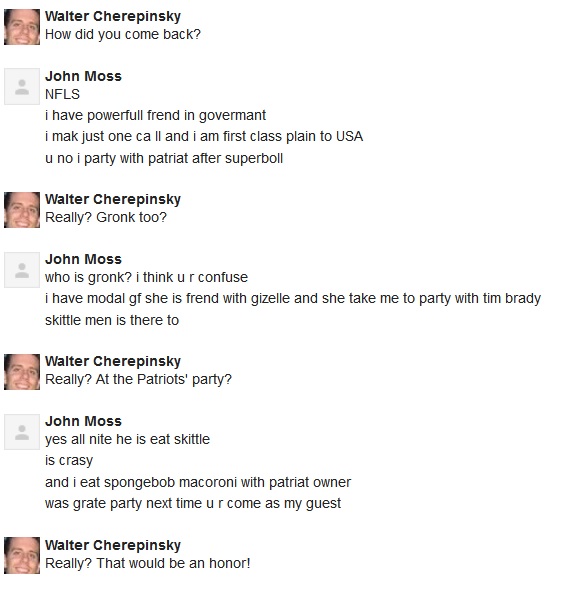 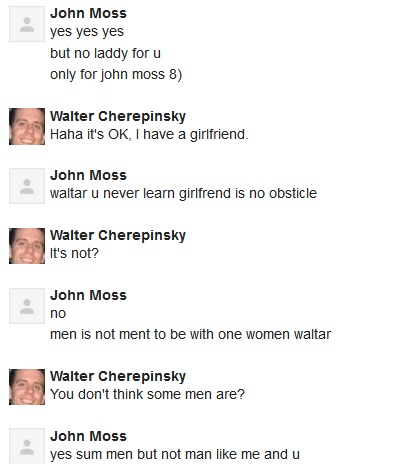 What I added this week:

This conversation continued, and the Real John Moss asked me if he could be part of my future wedding party just so he could have sex with all of the bridesmades. We then talked business:

What I added this week:

Finishing up the conversation, the Real John Moss told me how he was going to cap off a wonderful night: 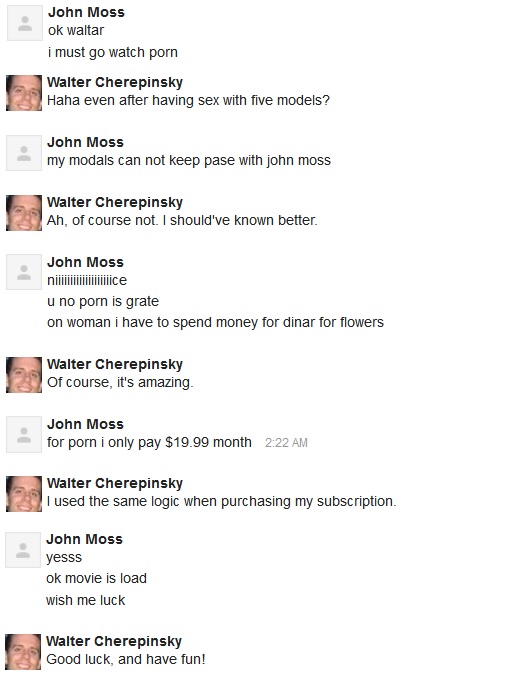 It's been a while, but I managed to get an e-mail from the Real John Moss. It seems like he thought he was trying to send me important information without realizing it was spam: 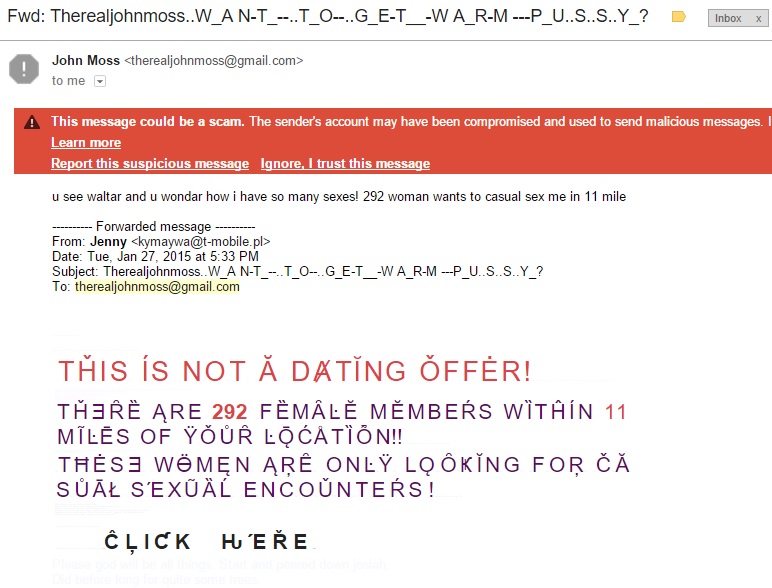 Looks like spam... or is it? The Real John Moss has had sex with thousands upon thousands of women, so it actually wouldn't surprise me if he gets actual sex invitations in his e-mail like this. 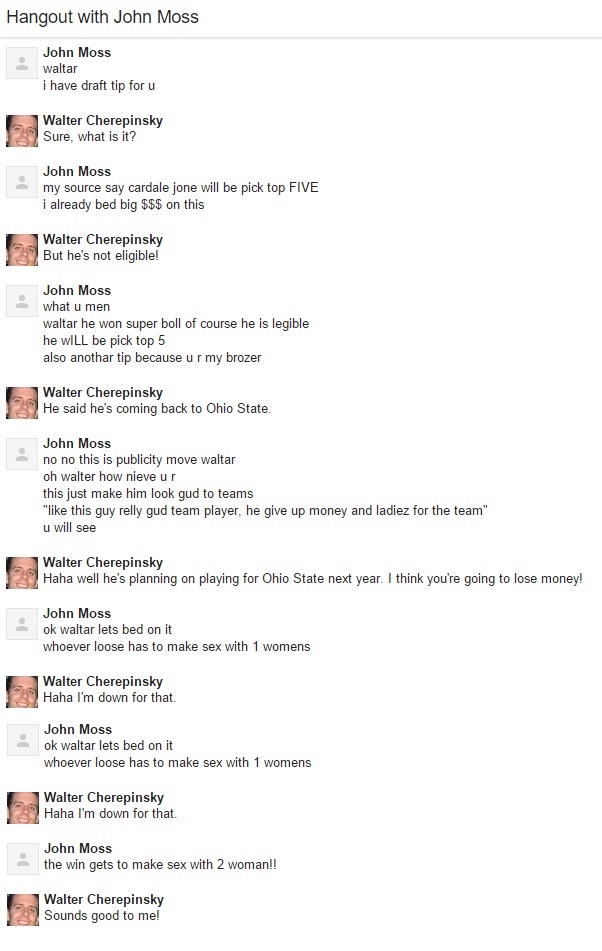 Looks like I won the bet, as my prediction that the ineligible Cardale Jones didn't declare for the NFL Draft. But where are the two women I'm supposed to have sex with!?

Here's the final part of this conversation with the Real John Moss. He gave me a crazy draft tip that didn't quite work out:

If the Titans did, in fact, trade the No. 2 pick for "Teboo," I think I'd have to hire the Real John Moss to become a part of our draft coverage staff!

At any rate, this is all I have from the Real John Moss. Hopefully he contacts me again. If he doesn't, it might be safe to assume that his source strangled him for banging his wife and killing his cat.