9/17/22: Sources with NFL teams who traveled through Evansville during Wildcats training camp said the Northwestern staff was hyping up tackle Peter Skoronski as a better player than Rashawn Slater. Skoronski has since started the 2022 season very well.

"[Skoronski is] athletic, moves well, and is smooth," said an AFC Director of player personnel. "He has very short arms, like 32 inches - he plays with better length than he has - but he doesn't have a tackle body and looks more like a guard. Some guys I have spoken with compare him to Jonah Williams and some others have said Jonah Jackson."

Pro sources say Skoronski looked heavier and stronger in fall camp than he did in 2021, and he has shown more strength in the early going of 2022. They say that adding a little power could help him to get some movement and not be as finesse. They note that like Slater, Skoronski can bend move. Not all pro teams are sold on Skoronski being as good as Slater, and the debate about Skoronski staying at tackle or moving to guard will probably extend through the 2023 NFL Draft until his franchise decides where to start him out.

6/28/22: Skoronski is slated to play left tackle for the Wildcats in 2022, but NFL teams have him as a guard on their preseason watch list. That is easy to understand because he is short and lacks length for tackle as a pro. Skoronski broke into the starting lineup as a freshman and played well over the past few seasons. Skoronski is a tough, polished technician who could be a good NFL guard.

9/17/22: Johnson is starting at left tackle for the Buckeyes, and he is off to a good start this year, including an impressive performance against Notre Dame in Week 1.

6/27/22: Johnson has a quality skill set with size, quickness and athleticism, and that made him a top recruit in the nation. Johnson started at guard in 2021 and was a solid blocker for the Buckeyes. With Nick Petit-Frere moving on to the NFL, Johnson is expected to be the starting left tackle in 2022. He has lot of upside to break out for the Buckeyes, and he could be a high riser if he performs well as the blind-side protector for C.J. Stroud.

9/17/22: Broeker is starting at left guard, which could be his best fit for the NFL.

6/28/22: Broeker had an impressive debut as a freshman in 2019, starting 12 games at left tackle. He remained at left tackle in 2020 and 2021 and did a solid job of protecting quarterback Matt Corral. Broeker's size and length might make him a better fit at guard as a pro, but he is a tough blocker who should enter the NFL with good development and experience as a 4-year starter.

9/17/22: Nelson is starting at left tackle this season. He has the upside to rise as he gains experience.

9/17/22: Torrence has blocked well for the Gators and has especially been a beast in the ground game.

6/28/22: Torrence was a three-year starter at La.-Lafayette, but after last season, he transferred to Florida to continue his playing career under the same head coach, Billy Napier. With big size, Torrence is a load at the point of attack and is well-rounded as a pass blocker and run blocker. If he handles the SEC defensive linemen, he could really rise.

9/17/22: Team sources say they have been impressed with Leveston this season. He has good size, strength, and some quickness with athleticism. Leveston was part-time starter and rotational backup over the previous years at Kansas State, but he has settled in at left guard this season and is playing well for the Wildcats. Leveston is a tough run blocker with the skill set to develop into a well-rounded blocker.

9/17/22: Jones is starting at left tackle for the Bulldogs. They have continued to dominate to open the 2022 season.

6/28/22: Jones was a backup in 2020 and 2021, but injuries forced him onto the field in crunch time. Jones became the Bulldogs starting left tackle for the final four games of the 2021 season and helped Georgia to finish off its National Championship. Jones has quality size, but might fit better at guard in the NFL similar to the player he is replacing in 2022, Jamaree Salyer.

9/17/22: Daniels is playing left tackle for Utah, but he would fit better as a guard at the next level.

6/28/22: Daniels has split time starting at left guard and right tackle for Utah. The NFL advance scouts project him as a guard for the NFL. Daniels has quality size for a guard and is tough at the point of attack. Continuing to improve his pass protection and blocking speed rushers would help him for the 2023 NFL Draft.

6/28/22: Mauch is a tall guard with quality length for the NFL. It would help him to add some weight to his frame to grapple with pro defensive linemen. If Mauch impresses at an all-star game, he could rise.

9/17/22: McMahon has played well so far this year. He is playing right guard for the Wolfpack, but he could be a center or a guard at the next level.

6/29/22: McMahon has played a lot of guard for the Wolfpack, but the NFL advance scouts project him as a center for the NFL. Adding some strength would help McMahon as a pro, but he has talent to develop for the next level.

9/17/22: McFadden is starting at left tackle for Clemson. The Tigers have had easy opponents thus far.

6/28/22: McFadden is the starting left tackle for Clemson and is coming off a solid 2021 season. He has played left tackle and right tackle for the Tigers, but moving to guard could be his best fit for the NFL due to his lack of height and length. Perhaps McFadden can prove to be an undersized, shorter left tackle prospect like Rashawn Slater or Isaiah Wynn.

9/17/22: Hayes is starting at left tackle for the Wolverines.

6/28/22: Hayes broke into the starting lineup in 2020 at left tackle for the Wolverines. He locked down the starting blind-side spot in 2021 and had a good season. Hayes and the Michigan line, however, really struggled with the Georgia defensive line in the football semifinal. That performance suggested that Hayes might be a better fit at right tackle or guard in the NFL.

9/17/22: For Washington this season, Bainivalu is starting at right guard.

6/28/22: Bainivalu is a large guard who possess solid weight. He was a starter at right guard for the Huskies during the past two seasons. Staying low and playing with proper leverage will be points of emphasis for Bainivalu to compete at the NFL.

9/17/22: Clark is starting at left guard this year. He put together a decent outing versus Baylor.

6/28/22: Clark has height and length for the NFL. Entering his senior year, Clark's run blocking is ahead of his pass protection. It would help him to do well in pass-rushing one-on-ones at an all-star game.

6/28/22: Cohen saw only 27 snaps as a backup in 2020, but he was still an All-SEC Freshman Team selection. In 2021, Cohen won the starting left guard spot and played well for Alabama. He did a very good job of opening holes for Brian Robinson and was consistent at protecting Bryce Young. Cohen has a good skill set and could rise as a junior.

6/28/22: Downing has played guard and center for the Cyclones, with guard being his primary position. He has solid technique in pass protection and did a respectable job of run blocking for Breece Hall in 2021. Downing could fit as an interior backup at guard and center.

6/28/22: Jones has been a quality starter for the Buckeyes over the past few seasons. In the ground games, Jones is a steady presence to get a push and create running lanes while also being reliable to keep the interior pocket clean. 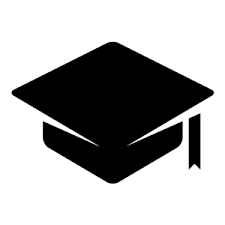 6/28/22: Wilson has NFL size, and his play was good enough despite his D-II level of competition to earn a spot on NFL teams' preseason watch list. It would help Wilson to play well and stand out at an all-star game.

6/28/22: Mahogany would be rated higher if it weren't for a torn ACL he suffered in offseason training. That injury will cause him to miss the 2022 season. It would make more sense for Mahogany to take an injury redshirt and return to the Eagles for 2023. Mahogany was a good guard in 2020 and 2021.

6/28/22: Saldiveri has been the starting right tackle for Old Dominion for the past few seasons, but NFL teams have him projected at guard for the next level. It would help Saldiveri to impress at an all-star game.

9/17/22: Ericson did not win a starting spot and is currently a backup.

6/28/22: Ericson was stuck behind Trey Hill for a few years, but started to work his way onto the field in 2020 at guard and center. In 2021, Ericson was a starter at right guard and center for the Bulldogs, showing the ability to run block and help keep a clean pocket. Ericson has a quality skill set and the upside to be an interior flex starter at guard or center.

9/17/22: Greenfield needs to have a good season and play well at an all-star game to rise.

6/28/22: Greenfield has started at right tackle for the Jackrabbits, but NFL advance scouts have him listed at guard. Greenfield possesses good length and height, but needs to fill out his frame for taking on pro defensive linemen. Getting to impress, and succeeding, at an all-star game is important for Greenfield.

9/17/22: Corcoran has moved inside to left guard. He was decent against Northwestern to open the season.

6/27/22: Corcoran dealt with an injury in 2021, but ended up playing well, starting nine games at left tackle and then two games at right tackle. Corcoran has quality size, and if he does well against speed rushers, he could be a riser.