If you've followed this site for a while, you might remember that I like to respond to my spam mails. It all started seven years ago, when a man named Jon Wire from the "United Bank of Africoan" promised me an ATM card of some sort, so I responded as a man named Mister Compassion Chuck Norris, who was raised by wolves. The following season, I received e-mails from Richard Held and Loon Bruce, who told me I won a Facebook Award, which comes with a "lump sum pay out of (750,000.00 GBP)." Pretending to be Matthew Millen Kim, I sent out my application and fake money.

I've been messing around with spammers ever since, pretending to be Harvey Weinstein, Tom Brady, Walter White and a 65-year-old virgin man living with his mother. I'll have new answers to spam mails here, so check them out if you want to see me screw with spammers!

Last spring, I received an e-mail from someone calling themselves "Little Baby:" 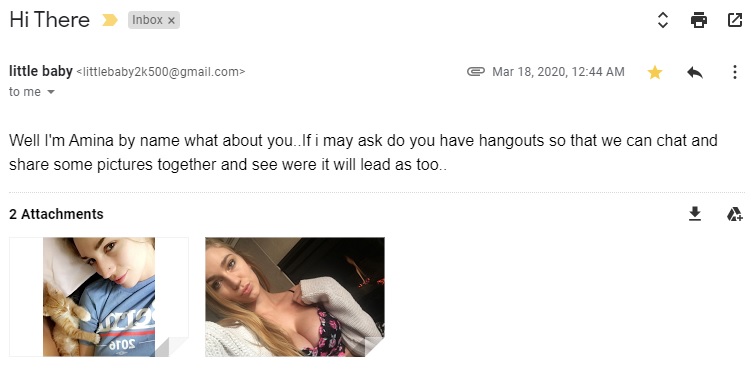 I imagine some of you may want enlarged pictures of the "woman" sending me this e-mail. One can't be enlarged for some reason, but the better one can: 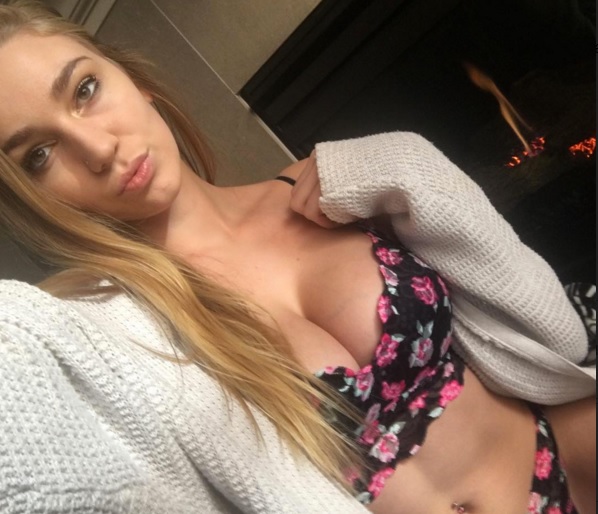 Given that this e-mailer called themselves "Little Baby," I can only thing of one person appropriate enough to respond to her:

Her pictures indicate that she might be way too old for Joe Biden, but this could end up being the start of a beautiful fake relationship!


One would think that even the dumbest spammer would know who Joe Biden is, but apparently not. "Little Baby" replied to me: 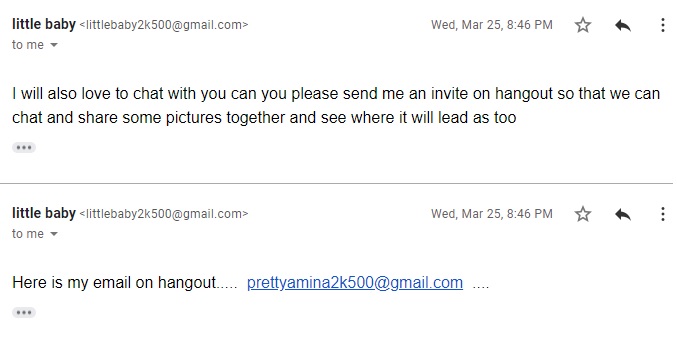 I'm not going to join a spammer on Hangouts. Luckily, I can use Joe Biden's senility as an excuse!

Good lord, I can't wait for the debates.


Despite Joe Biden's obvious senility, "Little Baby" continued to ask him to get on Hangouts:

I once again had to avoid the question:

I think any intelligent spammer would know to quit, but I have a feeling that "Little Baby" will continue to pursue the Democratic presidential nominee.


Amazingly, "Little Baby" has absolutely no idea who Joe Biden is, as confirmed with this e-mail:

Ask, and you shall receive! 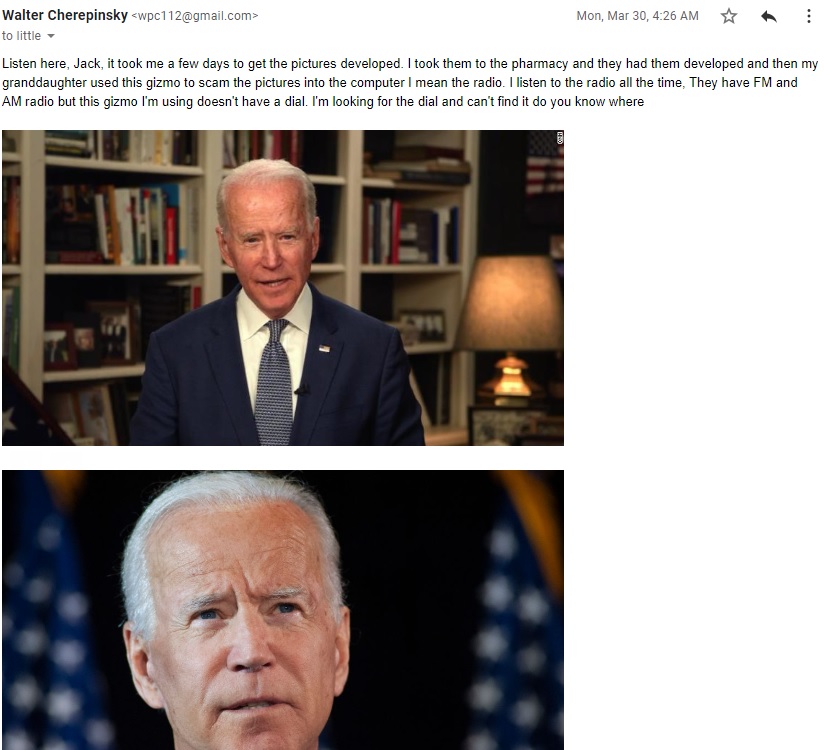 I wonder if "Little Baby" will question that I had to get these developed at the local pharmacy. Ah, how technology has changed things.


We all know the speculation that Joe Biden tried to have his way with one of his staffers years ago. I don't know if that was true or not - even though Biden said we should "believe all women" - but here's someone he can ravish without getting into trouble:

Interestingly, "Little Baby" asked for Joe Biden's phone, and not his phone number. Biden's sharp mind was able to pick up on this:


Understandably, "Little Baby" is getting frustrated. Despite being way too old for Joe Biden, she wants a relationship with him. However, Joe Biden has refused to join her on Hangouts and to give her his phone.

Joe Biden is allegedly running for president, so he must have a solution!

There it is! Joe Biden will be taking her to the drive-in movie theater, then the diner, and then will molest her right in front of her parents! It's almost like he has a formula for this!


Sadly, I think I lost "Little Baby." Her next response made her sound very disinterested:

That's it? How sad! This e-mail reminds me of the replies I used to get from women who weren't interested in me back in high school and college.

Despite this long response, "Little Baby" once again gave a "Walt has a crush in high school or college" response. Take a look:

Not only was this a cold response, it was more than a month late! Joe Biden, give it one more shot!

Sadly, Joe Biden didn't hear from "Little Baby" again. Oh well, it's time to move on to another spammer!

Rahma Saeed's phone number is right there, so feel free to mess with "her." Oddly enough, Rahma wants me to massage her on Hangouts? How can I possibly do that?

I don't think I've ever pretended to be a dead guy before, so I hope this is the beginning of a new exchange.


Unfortunately, Rahma didn't reply to me. The good news is that I got another weird e-mail: 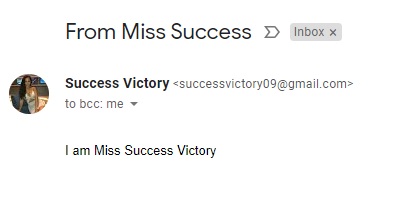 I'm shocked that Miss Success Victory responded to me. Here it is: 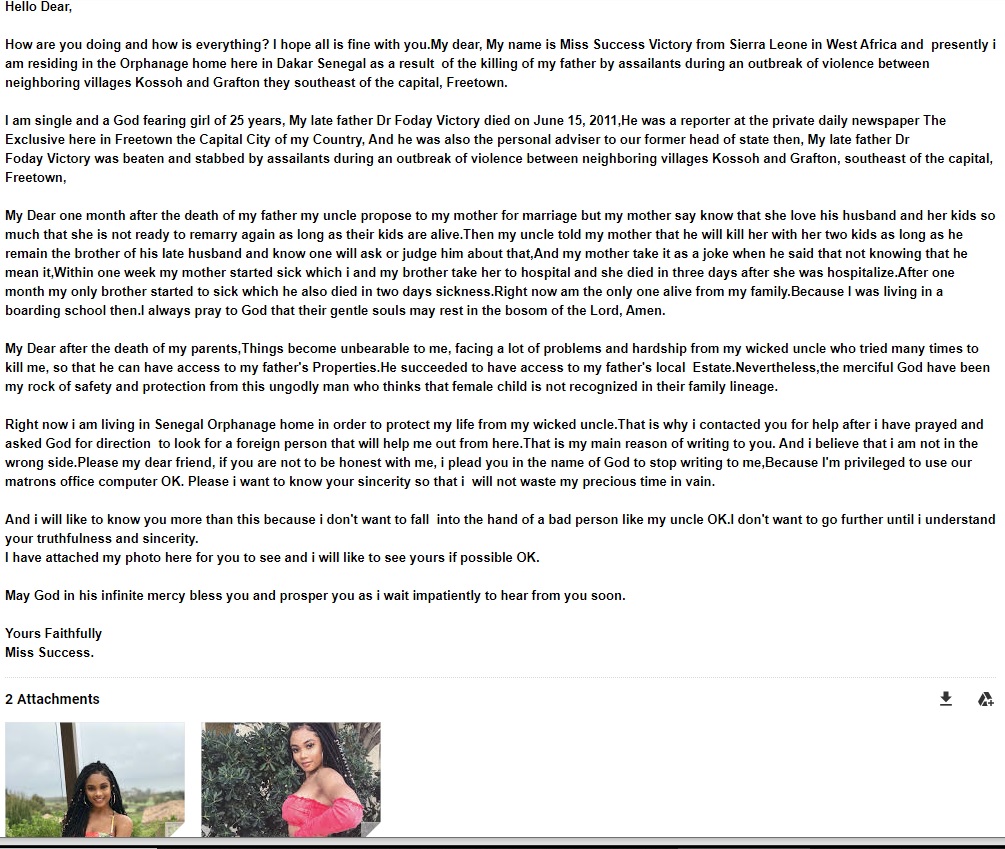 Yes, yes, yes, your father was killed by assassins. Cry me a river.

Miss Success Victory didn't get back to me. As expected, she didn't want to be associated with such a pessimist.


Once again, I didn't hear back from Miss Success Victory, so I had to retire Mr. Failure Defeat. Sad.

On the bright side, I managed to get an e-mail from George Soros!

The e-mail text body didn't say anything; he just asked if I got his "mail" in the subject, which was very cryptic. Here's my reply, as I pretend to be one of his hired Antifa thugs:

George Soros never got back to me, which was disappointing because I wanted info on the next hijacked racial protested turned riot.